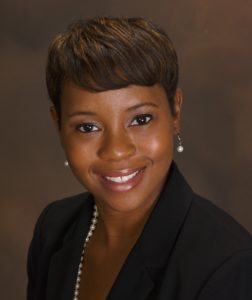 Kelvina Wiley is a native Houstonian and the founder of Wiley Legal, PLLC. Kelvina graduated from the University of Houston Downtown with a degree in finance. She obtained her law degree from Texas Southern University, Thurgood Marshall School of Law. While in law school, Kelvina interned for two federal judges in the Southern District of Texas.

After graduating from law school, Kelvina worked for two large, multi-state collection law firms and a consumer defense firm. Kelvina has successfully represented companies and individuals throughout the state of Texas in the collection and defense of debt.

During this time, Kelvina noticed that a large number of the lawsuits she was assigned to prosecute or defend were actually victims of identity theft. She witnessed the difficulty that consumers experienced attempting navigate a debt lawsuit and to prove to creditors that they were victims of identity theft. She realized that there is a greater need for legal representation in this undeserved community and decided to help. At Wiley Legal, PLLC, we are dedicated to representing clients who are overwhelmed with complex consumer law disputes.

Kelvina is also a member of American Bar Association, Houston Bar Association, and has volunteered for the Houston Volunteer Lawyer Program. In her free time, Kelvina enjoys thrift shopping, listening to live music, and traveling.

We offer an initial phone consultation absolutely free. This will help you with understanding the legal process and provide information so you can make an educated decision on how to move forward. Call 281-891-3750.